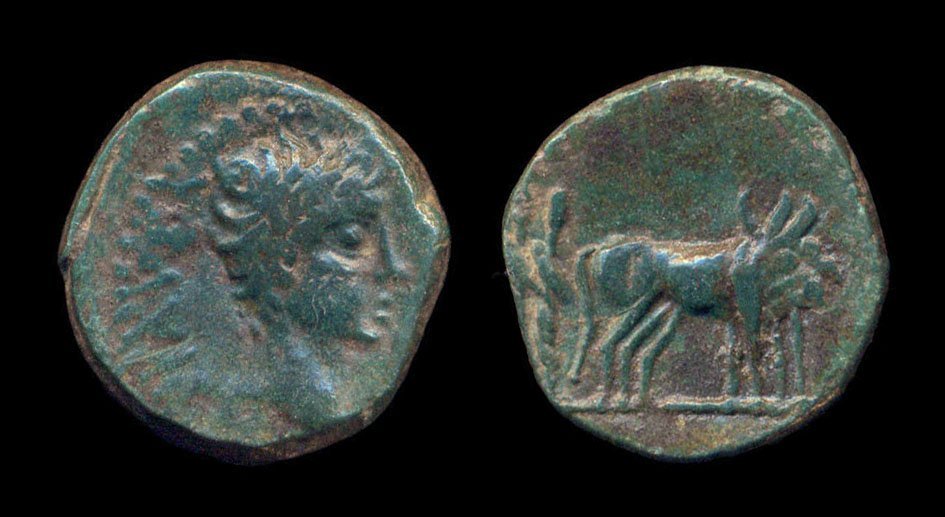 What are coins? What makes them interesting? What do coins reveal about history? What are they worth? Why do people collect them? Does coin collecting have investment value?

“What are coins?” This may seem like a silly question, but the world as-we-know-it is changing rapidly. There may be a time in the not too distant future when some people might not know what a coin is.

I’m Bob Reis, the owner of Golden Rule Enterprises Coins and Anything Anywhere. I have been buying and selling coins (and coin-like things) for more than four decades, and I have watched the coin market grow and change. These days, I find that there are people that are interested in coin collecting, but don’t know where to start. I am writing this article to shed some light on some common questions we get from new coin collectors.

A coin is a conveniently small piece of value (or representation of value) that is a symbol of a transaction. You can give it to someone who will, in turn, give you something that you want.

Physically, a coin is the metal version of cash. Today we have two kinds of money that we use: cash and credit. We can think of cash as “wild” money, in the sense that the agencies that released the cash into a market don’t know exactly where the “wild” money is at any particular moment. It could be in my pocket, or in your collectors’ album, or stuck in the couch, or tucked away in a safe. The wild money gets traded at will, sometimes as a gift, sometimes as theft, but it is NOT an electronically regulated abstract entity. It is a whole and tangible item with a definite presence in the real, physical world. It is not a credit or debit card and it is not a connection to your bank account.

Cash comes in two varieties these days: metal coins and “banknotes” or “bills” made of paper or plastic.

A coin is a flat piece of metal, usually round, with a specific value, that you can buy things with. But, as with most things, it is a bit more complicated than that. To be a “coin” it has to be issued by a government, otherwise it is a “token.“

And there is a history of governments making “coins” that were meant for purposes other than for spending. There are two categories of those “special” coins: “commemoratives” that celebrate some thing or person or event, and “bullion” coins, made to sell to people who like to store value in metal.

What is so interesting about coins?

Coins have miniature art on both sides. Sometimes they have interesting edges too, which is to say that they may be smooth or bumpy or have ridges or even writing. Visually, some coins can be quite lovely.

Coins can be distinguished by their date or variety. It can be exciting to finally find “that year” that you have been looking for.

Some coins are commemorative for special historical events. They make you think about what happened.

And it could be thrilling to hold a piece of physical history in your own hand. It is possible to have a coin that was definitely handled by people who lived through the Civil War (which Civil War? of which country? Any civil war of any country.) Or by people who were alive during the time of Jesus, in the same general area.

Treasures in the change of your recent cash purchase

As long as coins are still being used, it will still be possible for you to receive physical change for your cash transaction. Therefore, there will remain the possibility of discovering a 50 year old coin in your hand (or 70 or 80) as you pick through your change.

It can be exciting to glance through your handful of change, to see if anything catches your eye. Maybe you will pull out the interesting ones and keep them.

The ubiquity of physical currency is certainly waning from its former prevalence. We use electronic forms of payment nowadays, perhaps more regularly than bills, certainly more than coins. In the 1990s, there were coins and bills everywhere, and it was quite ordinary to shop at stores that didn’t take credit cards, or which had spotty internet.

In the 1900s there were gold and silver coins circulating in commerce and they had a definite value to them.

Back in the 1700s, there was a bit of paper money here and there, used by the banks mostly, but all the normal business was done with coins.

What do coins reveal about history?

Coins are physical manifestations of the Romance of History. Folks that are interested in history may enjoy holding an old thing in their hand and thinking about what it all means.

Coins can trigger that feeling of wanting to know “more.” You may find yourself doing supplemental research on this ancient thing you happen to have. You may read about ancient people, and find that they had some interesting practices, and interesting ways of thinking about things.

What are coins worth?

Coins in commerce used to be valued more highly than they are now. Now we thoughtlessly throw them into the tip jar, but they used to be worth “real money.” They were certainly worth more back when they were made of silver and gold. In the 1950s you could buy two pieces of bubble gum for a penny.

Humans have always needed something of value to buy things, since the beginning of “buying.” People used to not want paper money.… They wanted “real money,” meaning coins.

Say you have a piece of paper. Maybe the issuing authority will trade it for gold. But then why not have the actual gold? This is how ordinary people of the past thought. It was only rich people and banks and governments who saw the usefulness of transferring pieces of paper rather than arranging for an armed guard to send a donkey load of gold over the trails to where it had to go.

I’ve always maintained that armed guards are part of the overhead costs of owning gold. It costs money to be rich.

Why do people collect coins?

I started collecting coins as a kid

I found myself drawn to coins as a child.  I was already interested in history, particularly ancient history. There were not many of us kids interested in ancient Greeks and Romans, but there were more “kid history buffs” than just me.

Of course, the grown-ups tried as hard as they could to make history boring in school, which I have to say was an interesting approach. Nowadays, as a grownup, I realize that they taught it that way because the way “it was” was mostly pretty bad, and if you take out all of the yucky parts there’s not much left to teach except names and dates. The past is full-to-overflowing with stupid people behaving badly. Highly Romantic. Coins are a link to all of that.

Coins of the Huns, for example, are easily available. What do we know about the Huns? We know that they were awesomely bad to the Romans (who, we must admit, were pretty bad themselves). Today, you can buy and own a coin of the Huns, or the Romans. You can hold that Hunnish coin in your hand and think about all of the marauding and pillaging and sacking that was done by the people who made and spent that coin.

Maybe you like having something 500 or 1000 or 2500 years old in the palm of your hand. Something that you can own and know something about it. You can know that the woman on this coin was the mother of a Roman Emperor, that coin says it was made by Harun Al-Rashid, this other one was by the founder of the Chinese Ming Dynasty.

Perhaps my readers in the USA or Canada have observed the quarters that you have received back as change, and have noticed different designs on the coins’ backs (technical coin collector term: the back is the “reverse.”) Perhaps these designs interest you, and you decide to collect all the different types you can find. So, you start looking out for special quarters and perhaps then you do some research. You may find out what the different designs are all about

Collecting Coins as an Investment

Sometimes people come to the field of coin collecting because of investment considerations.  Perhaps you seek to build your collection with future profit in mind. Maybe you like the idea of a disk of gold worth $1000 in the palm of your hand. Twenty of them in your pocket, you could buy a car. No one does, because you go online, get your credit approved, sign some papers, there’s your car, it’s just easier. Car dealer would say “What’s this?” But back in the days of the Ford Model T, it would have been normal for someone to plunk a handful of 20 dollar gold coins on the counter and drive their new car off the lot. Cash was the way most commerce got done at the retail level.

Coins can be “worth something” by virtue of significant numbers of people being interested in buying them. There is a general rule that if you buy “right,” you’ll do better that if you bought impulsively. I’ve met and worked with both kinds of collectors. The trend seems to be that the careful buyers do better when they sell.

At Golden Rule Enterprises, we have a huge collection of Ancient and Modern Coins available for purchase.  We have common and rare coins, pretty and not pretty, expensive and cheap.  We do appraisals, we buy, we consign, and we consult.  Please visit our online store to peruse thousands of our products, or to learn more about building your coin collection.

©2019 Bob Reis. I am a husband, parent, writer, business owner, thinker about things, practitioner of various practices that were, as of 2018, called “mindfulness.” I don’t know what they’re called today, the words keep changing but the principles remain the same.

Special thanks to my web designer and tech consultant: Kate Bopp. Kate is a singer, musician, artist, researcher, web developer, SEO ninja, ecommerce guru and business owner. She has been cutting her own trails through life and can often be seen smiling with a crooked grin or laughing deeply with her head thrown back.

We have several thousand items for sale in our online store, here, at Golden Rule Enterprises Coins. We have 30,000+ other items in inventory which have not been added to the store yet. Feel free to peruse Anything Anywhere, our other website, which has been around since 1998.