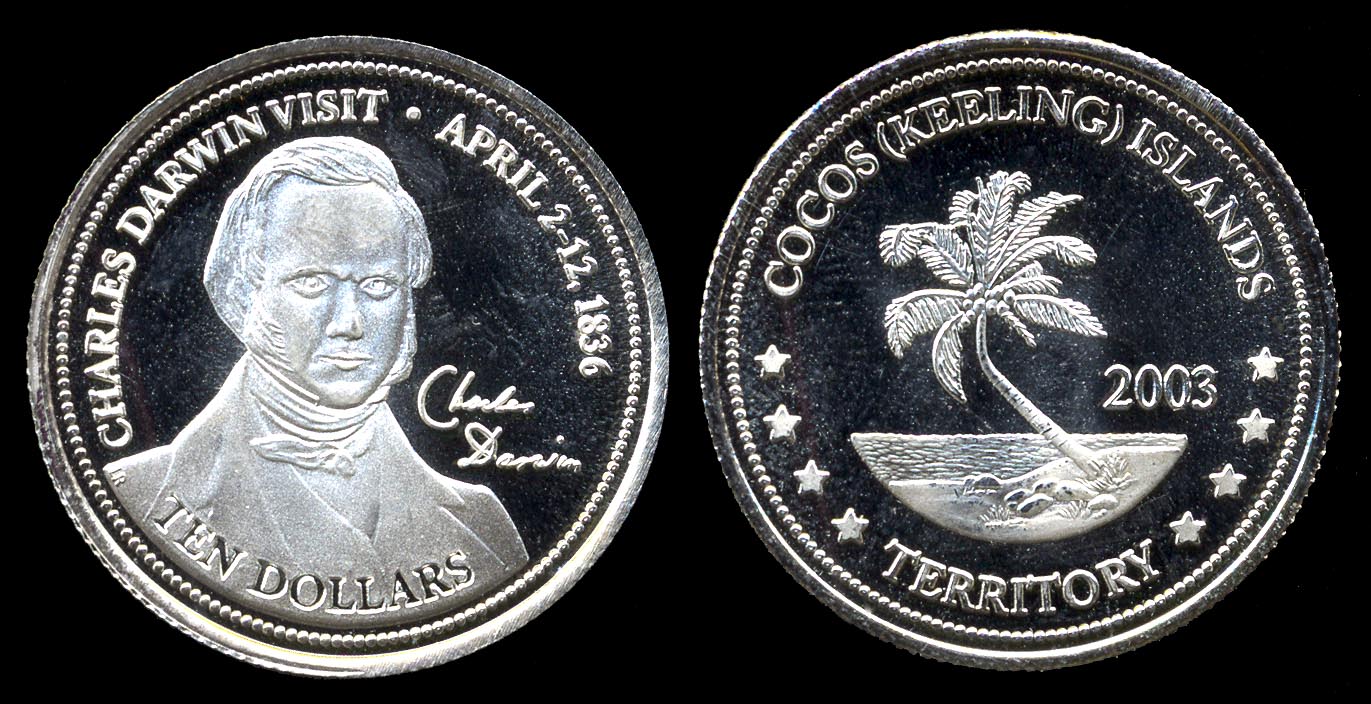 We all know what a fantasy is, don’t we? Something acts like it’s real but it’s not real. In the world of coins there are things that look like coins, maybe they even say that they’re worth a certain amount, like coins do. But it’s not a coin.

Fantasies and Coins and the Human Condition

We who are into coins, coins do that for us. Each one of them is a vehicle for “what if” thoughts. What if Julius Caesar had not been assassinated? If the Khwarizmshah had not insulted the ambassadors of Chingis Khan? If the Republic of Minerva had been allowed to survive?

Perhaps the ultimate numismatic fantasy is the coin or banknote itself. It sits there doing nothing, promising everything. You walk around with a certain amount of possibility in your wallet. If you don’t have any, getting some of it becomes the only thing to do. Until, that is, the core needs take over. What are the core needs? Air, water, food, sleep. Then money, for luxuries like clothing and shelter.

What kind of fantasy is that? A thing in your pocket that you can use to get what you need, if you know how to use it. A little piece of magic that will alter your reality when you spend it. A piece of make believe becomes the fifth most important thing.

Other animals do not have money. They only have the core things. We humans live inside fantasies that we create.

Here is a thing that looks like a coin. A group of people sat down together and hatched a plan to take an unclaimed atoll in the South Pacific. In 1972 there actually was such a place, that no human had claimed.

Those people had money to build seawalls and add to the dry land. They planned to build a city.

To celebrate their venture, and because people back then could be persuaded to buy things that looked like coins, they made a thing that looked like a coin. Perhaps there was a thought that sales of the things might help finance the scheme, but they weren’t dumb, the numbers wouldn’t have been right.

No, it had to be that they were attempting to build a legal case for the international legal wrangling that would be part of the process of becoming a new country. And a bit of boasting by way of precious metals.

But before that could get going, the real Kingdom of Tonga sent some gunboats over and took Minerva away from its people. The people went to court. There is still litigation, far as I can tell (2020), but it is mostly between Tonga and Fiji. The Minervans are kind of out of the picture. The difference between rich individuals and nations. No matter how big they get they are still individuals. If a government gets involved probably you don’t have the resources to pursue the matter.

This thing has the qualifiers of a numismatic fantasy: a country and a denomination that does not exist.

Or is it a fantasy? Maybe its more like a pretender issue.

Back when monarchs mattered, and boastful prestige preening by those monarchs was normal, there would, on occasion (more like, all the time), be a dynastic succession dispute. Sometimes the contenders both had material and personnel resources sufficient to put a serious claim out for the throne of wherever. Not infrequently the disputes grew into civil wars.

That happened in Spain at the start of the 18th century. There was a claimant who had enough on the ball to set up a local government from which to make his claim. Coins being the main mode of propaganda back then, he had regular coins made and put into circulation, where they did what they were supposed to do, and people would notice that here was this guy claiming to be king.

Usually, it would be illegal to own a pretender coin, because that was treason. But there you are, at the market, you get it back in change, what are you going to do, not take it? If you even noticed, you’re probably illiterate. So those pretender coins are found heavily circulated. Treason coins, circulating freely, no one cared. Spain in the early 18th century.

PRETENDER COINS of FRANCE and the ROMAN EMPIRE

More often the pretender never made a serious move. 19th century pretenders in France, etc., would make “coins” to give as gifts to guests, perhaps some money would come out of the encounter. Maybe they could pay the lawyer to take the case a bit further.

Back in the Roman Empire, 238 AD, they were plodding through their “period of military anarchy.” That was a bunch of generals being acclaimed by their troops and fighting with each other for 35 years. One of the guys, Gordian I, got himself ratified by the Senate in Rome but never made it out of Africa, where he was based. The Senate made coins for him and his son, but apparently did not issue them, because when found they are usually (always?) in nice condition. Kind of like fantasies?

I had a friend, Greg Franck-Weiby. Artist. Gone now. He was into the Society for Creative Anachronism. One of his things was to set up a mint at the festivals and strike tokens. Theoretically the tokens were for use at the festival, but almost everyone just kept them. They were mostly medieval themed, and nice looking. So, theoretical tokens, but mostly fantasy, right?

Someone made a series of fantasies based on the regions of Tolkien’s Middle Earth.

The descendants of the last Byzantine Emperors have issued coins announcing their continuing claim to the rule of the Roman Empire.

Several proposals to reconstitute the Central American Republic of the early 19th century later in the 19th century. The proponents of those schemes struck “patterns” of the coins their country would use, if it ever existed.

Which brings up the matter of distinguishing “patterns” from fantasies. We are going to reserve the word “pattern” for a trial by a duly authorized coin issuing government for possible future coinage. If the thing is private it’ll be a fantasy, not a pattern.

NEVER ISSUED ANY COINS, BUT HE SHOULD HAVE – EDWARD VIII

Edward VIII crowns of various British places, made by several manufacturers, for sale to collectors. The theme is popular enough to support an after market.

The thing that distinguishes a fantasy from a medal is that it has a supposed denomination on it. If it is token sized then what distinguishes it is that the issuing entity quoted on the piece does not exist.

ONE COIN OF EVERY COUNTRY

Or perhaps the issuing entity does exist, but the issue is unauthorized. The things got made because the quoted authority did not have the power or knowledge to prohibit the making of the things.

The Andaman Islands are part of India. There was a rare token made in the 19th century. People can’t get it. They can expand their one of every place collection with the modern version, made specifically to fill that hole in your collection.

Cabinda is part of Angola. There was an independence movement, which has maintained an office in exile. Never had its own coins, but now it has its own fantasy.

Enderbyland, in Antarctica. Never was a country, no intention of being one. There is actually a field of Antarctican fantasy numismatics, with many subjects to collect.

The Sahraui Arab Democratic Republic would be located in the territory encompassing the Morocco-Mauretania border. Its proponents want to be independent but the two real countries are arguing with each other about what to do with the territory for the last several decades, and don’t want to talk with the Saharauis. The Saharaui coins were made for propaganda purposes, and perhaps a little bit of fund raising.

Somalia has a government that is barely there and has been that way since the 1990s. Nevertheless, it has tried to emulate Liberia by seriously issuing collector coins, on the theory that some income is better than none. However, the government is so weak and distracted that private entities have made unauthorized “coins” to sell to collectors. The private issues are technically fantasies and the government issues are technically “real.” But none of them are meant to circulate.

Today, on the collector side, numismatic products aren’t even shaped like coins all the time any more. Cup shaped. Car shaped. Guitar shaped. Made out of stone, glass, plastic. Legal tender gold coins with multiple kilograms of metal in them. What are those if not fantasies?

Coins are pretty sometimes, and people have made jewelry out of them. The easiest way is to punch a hole in it and hang it around your neck. But people also make imitation coins just for wearing. They’ve been doing that since coins were invented. Pretty little piece of metal made into a necklace. Hey, that’s nice, what is it?

This Spanish colonial looking gold thing is the wrong weight. The real coin is a $1000+ item. Someone thought it was worth the time to make the dies, pour the blank, and strike it. You’d expect to see more of them around, they wouldn’t have made just one, would they? It was supposed to go in a bezel in a tourist jewelry store in southern Florida.

Back in the 1960s a guy in New Mexico started making big brass round-flat-shiny things, with incuse inscriptions, purporting to be house tokens of various brothels in various states, time frame undetermined. The marketing was out of his flea market table. They got around. People would buy them because they were a cheap thrill, who cares if they were “real”? They were real enough for someone to make them, even if it was for a joke.

THE ROAD GOES EVER ON AND ON

One might consider that the realm of fantasy coins might be a cut rate, bargain kind of place, where you could get your object, if it was precious metal, at not much over bullion value. But that turns out not to be the case. There is often serious art technique in the making of these things. And romance. One can wonder at length about the motives of the manufacturers, if they got their money back, etc. As well as the subject matter: klingons, revolutions that never happened, little towns as if they were real countries, some person making a claim to some throne.

We didn’t even mention East Asia, where the ancient tradition of amulets in China, Japan, and Korea has brought forth thousands of differents kinds of coin-like things for at least two thousand years.

If you enter “fantasy” or “amulet” or “jewelry” in the SEARCH box on the top left side of this page you will be able to see fantasies, amulets, and jewelry coins we might have for sale.