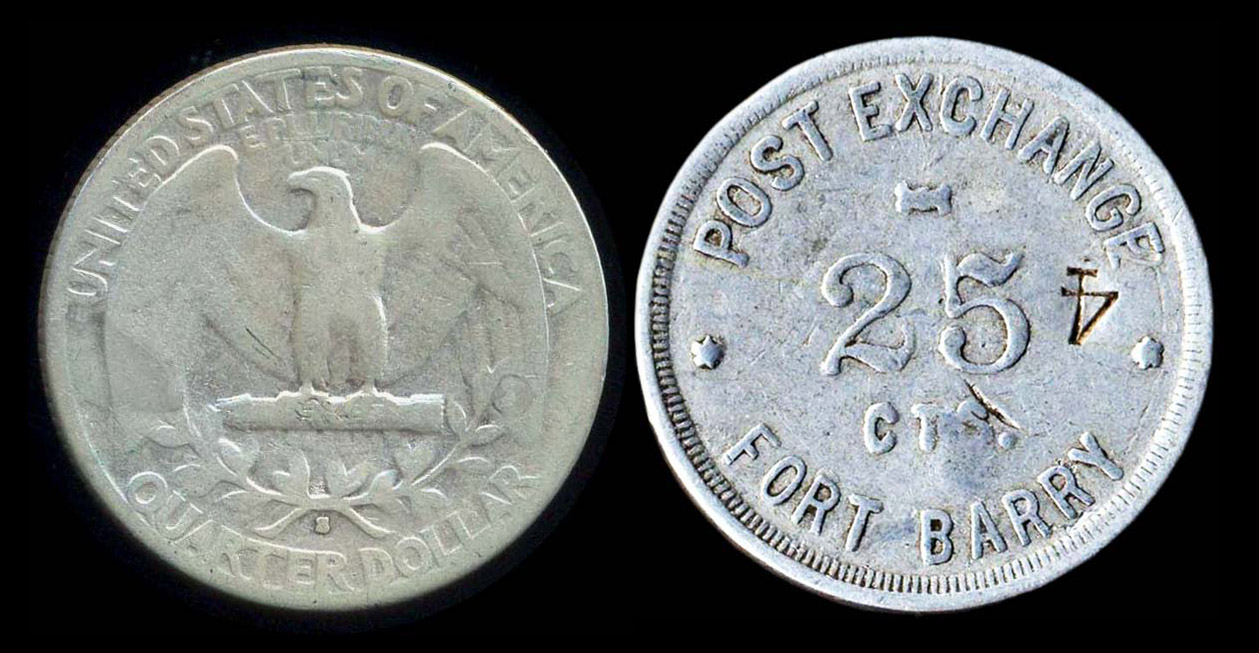 I asked the web:  What is a coin? It told me: “a flat, typically round piece of metal with an official stamp, used as money.”

And a token: a voucher that can be exchanged for goods or services, typically one given as a gift or offered as part of a promotional offer. And two others: a thing serving as a visible or tangible representation of a fact, and of course the cybernetic definitions. The second one seems more fundamental to me.

How the rest of the world currently defines “coins” and “tokens”

I’ve run into this condition frequently lately: I’m going along doing stuff and I notice that the meaning of some word has changed, and part of the population doesn’t know what I’m talking about anymore.

This happened immediately before I started writing this piece. I went to a search site, asked a version of the question that is the title of this piece, got a bunch of responses relating to blockchain. And another bunch relating to video games.

How numismatists define “coins” and “tokens”

Generally speaking, these coins and tokens are round, flat pieces of metal with art of some sort on both sides.

The word “coin” refers to an item that was issued by a government (or by a rebellion) that has either an actual intrinsic value or a guaranteed value by that government.

The word “token” means it stands for some value without actually being that value. There is a collector’s class of American tokens called “good fors” because they have those words on them. Like: “Good for 5 cents.”

Let’s consider that a “good for” token “stands for” a USA quarter, and that the quarter has a value because it has an amount of silver in it. Seems simple at first, but what if the government stops making silver quarters (like in 1965)?  All of a sudden, the new copper and nickel quarters “stand for” the value represented by the old silver quarters. Did quarters become tokens in 1965?

And back of that, in ancient times, metal objects began to be used in Chinese and Mediterranean markets, because they had concentrated value and were small and durable. Why did they have value? Because people thought they were valuable. Somewhere back in prehistory someone looked at a natural gold nugget and went “ooh, cool.” Or they picked up a piece of native silver and found that they could bend it. Cool.

In the Mediterranean region they started out their coins with a natural gold and silver alloy we call “electrum.” Pretty soon they figured out they could profitably smelt out the silver from the gold and gain value from the separation. People grumbled at having to bounce along with their silver coins while the big shots were gambling with gold.

Robert’s rule of relative value: where there is an economic system with more than one standard of value, like silver and gold, the exchange rate is always skewed in favor of the bigger value.

So does that mean that silver coins were tokens compared with gold coins?

The Introduction of Copper and Subsequent Effects on the Working Class

Around 500 BC, in both the Mediterranean region and in China, money markets got bigger than the amount of silver and gold available. They had to start issuing copper or bronze, which was great for the farmers’ markets, but the coppers were definitely tokens relative to the silvers, never mind the gold.

There were many places at many times when you were not allowed to pay your taxes in copper, you had to pay in silver or gold. Which often meant that you, artisan or laborer or something lowly, had to go “buy” silver coins, during which transaction you got screwed.

At the time of the introduction of copper coins people immediately noticed that the new coins had less value than what they were supposed to have. They “stood for” something other than what they were. Were all coins made of metals other than gold and silver tokens back then? Is any coin that says it’s worth more than it’s actually worth a token?

That could apply to gold, too, couldn’t it? The gold “stands for” the horse, or the house, or the peace treaty. I think that’s all there is to it. Been thinking about it for decades.

All that aside, most of what collectors call “tokens” were money substitute items, some issued by private businesses, some by local governments. Some were actually made by national governments during fiscal emergencies, back in the days when actual value in the form of gold and silver was actually in people’s pockets, and the government didn’t have any. Like in Great Britain at the start of the 19th century.

It seems that the use of tokens in commerce stopped in the 1990s.  During that time, my boys were little, and I took them to Chuck E Cheese for pizza and arcade games. They used tokens in the game machines. Before that, I remember tokens used in early video arcade days, and for about a year, the food stamp change tokens issued by grocery stores in the late 1970s.

I haven’t run into tokens in use since then. Now I only use coins when I get change back at the coffee shop, if I happen to be using paper money that I might happen to have. I throw it all in the tip jar without looking, even though there might be that rare 1982 dime. I use the credit cards like all the time.

(Above written during Covid, with the assumption that there will be coffee shops in the future, that cash will survive, and that what I used to do I will do again).

I realize that even the use of credit cards puts me in one of the antique categories.

Click here to check out our selection of tokens here at Golden Rule Enterprises Coins.

Bob Reis has been a fan of round, flat, shiny metal objects since nursery school and has been a coin dealer through thick and thin since 1978.

Golden Rule Enterprises Coins is a continuation of Anything Anywhere, a coins and collectibles business in operation since 1978. Our old website is still in operation. Although not an online store, it still offers lots of information (as well as coins and collectibles that you can email us about and we will sell them to you). Here is a link to the Tokens page on Anything Anywhere!